View cart “Signature Guitar Picks” has been added to your cart.

There are no upcoming events at this time. 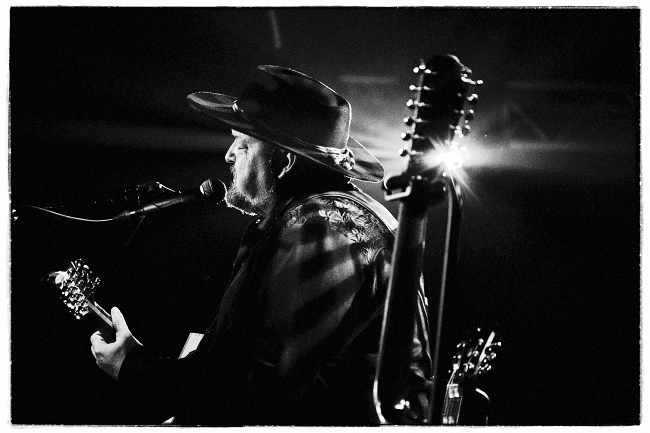 The list of musicians that he has worked with reads like an encyclopedia of California rock history. In high school he was in bands with Flea, Hillel Slovak, Jack Irons and Anthony Kiedis, all of whom would form the Red Hot Chili Peppers.

Later Alain formed Eleven with Natasha Shneider and Jack Irons. They toured with Pearl Jam and Soundgarden, and for several years recorded and toured with Queens of the Stone Age.

As a writer, producer and engineer, Alain has worked with Chris Cornell, No Doubt, Mark Lanegan, Jimmy Eat World, Queens of the Stone Age, Brody Dalle and Arctic Monkeys.

Alain has been a touring member of PJ Harvey’s band, as well as Them Crooked Vultures which featured Dave Grohl from Foo Fighters, Josh Homme from Queens of the Stone Age, and John Paul Jones from Led Zeppelin.

As a composer, Alain has written music for films such as “Eagles of Death Metal: Nos Amis” and for video games such as Tom Clancy’s “Ghost Recon Wildlands.”

Alain was part of the Sound City Players which performed in connection with the documentary, “Sound City.” Alain co-wrote and performed “A Trick With No Sleeve” with Dave Grohl and Josh Homme for the movie and the soundtrack.

Alain’s latest project is the Alain Johannes Trio which has him teaming up with brothers Felo and Cote Foncea, accomplished musicians who are well-known in their home country of Chile. The first release is “Luna A Sol” featuring guest vocalist Mike Patton.  Album to be released early in 2019.

Here's some of the most popular merchandise

Check out all the merchandise

Things you really need to know...

Dear fans and friends, Unfortunately we are forced to postpone the Alain Johannes European Tour, which would take place from…